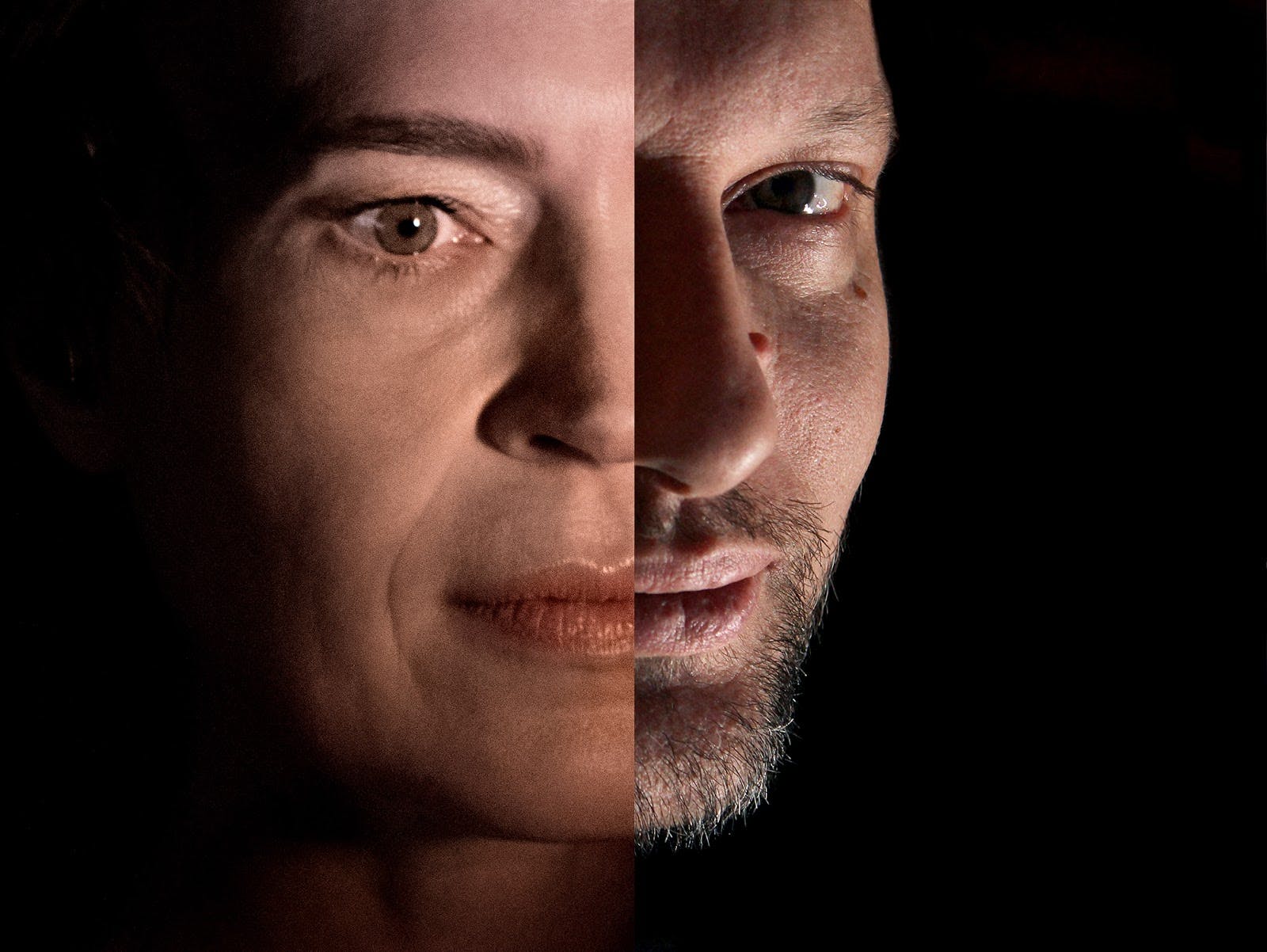 Premiering at the Editions Mego room at the COMMON Multiverse Initiative on March 21st, “nerve ends” is a serendipitous audiovisual collaboration between DJ/producer Susanne Kirchmayr and photographer Bela Borsodi. Kirchmayr, aka Electric Indigo and founder of female:pressure, reworked her upcoming experimental work “Brittle” to sync up with Borsodi’s unnerving still life of ants crawling over a porcelain statue. A study in contingency and fragility, “nerve ends” is uncannily beautiful, the erratic electronic sounds complementing the ants’ movements.

Below is an interview with Kirchmayr and Borsodi, with a 30-second teaser of “nerve ends”. RSVP for the COMMON Multiverse Initiative and experience the premiere live.

How did this collaboration come about?

Bela Borsodi: I was working on a book project of mine and had living ants available because I needed them for a shoot. Once I received the ants, I was very excited about them; I also have this porcelain figure that I came across in Vienna on one of my antique store strolls. I thought it was aesthetically very beautiful so I thought I should also make a film with this. So I turned the camera on and recorded what they were doing, and I happened to have some music in the background in the studio, and then I realized every now and then these ants would move in a way that is in sync with the music. Then I reached out to Susanne and asked her if she’s interested in giving these ants some sound, music, a score. How much is it possible to address their individual movements? What could that sound and look like?

Susanne Kirchmayr: We’ve been friends throughout these decades, since 1985, but this is the first time I’ve made music for a work of Bela’s. When Bela approached me, I thought: “Wow, this is super interesting,” because I had a commission for a composition within a research project that a composer friend of mine was running called fragility of sounds.” I had not even started with the fragility of sounds composition, but all these associations started to develop in my head: the fragility and frequency of the ants’ movements. I told Bela: “Let me finish the composition first, and then I’ll rework that composition for the video.” When I finished “Brittle”, it had been informed quite a bit by these ants and the images of the tiny legs and these bodies that look like they could break apart any second. Then we worked together on the video and I used sounds I made for “Brittle”, but we adapted them and we were actually sitting side to side watching the video, listening to the music, and fine-tuning a lot of the sonic events that happened.

B: We could even say that the ants made the music, or made the timing of some of these elements that were happening. So it was interesting to see how this would correlate with the whole composition and meld together to form a complete work.

It’s almost like aleatoric music: the composition is random, dictated by elements somewhat outside the composers’ control. I was actually wondering if the ants were from the Unicorn book project, that photo you shot called “Existence”? So you must have shot it a few years ago, correct?

B: Yeah, two years ago, something like that. After I filmed it, it laid dormant in my drawer, it just got lost a little bit in time. And it was actually during the pandemic when I was digging into my archives that I came across this one again. It seemed timeless; I don’t care if it came out now or 2 years ago or in 2 years, but I was really happy that it found a shape, a life of itself.

In that way, would you say the pandemic indirectly shaped this work?

B: Indirectly, yes. I just hate that whole thing when this whole pandemic broke out, and all these artists were forced into their studios—the ones that even have studios—I got all these calls from magazines, like, “Oh, let’s do some COVID art. We have no money, but you’re so creative, can you do something?” I’m like I don’t know, shooting my plates and pots, why would I do that? *laughs* And then online I saw a lot of people—and it’s no disrespect—that actually did exactly that. And then I thought well good for them they’re having a therapeutic artistic moment, but I was doing other things.

K: But I would say that our collaboration itself was triggered by the pandemic because Bela spent so much time in Vienna where he doesn’t live normally. We could have done this remotely, probably, but maybe it wouldn’t have happened.

B: It definitely contributed to the vision becoming a reality, because you have a billion ideas and what actually gets realized when there’s no deadline or anything is kind of arbitrary.

I totally get what you’re saying about certain artists or publications trying to find a COVID angle for everything. I think the more important thing though is the contingency of it all: the collaboration, the content, it all relates to this concept of fragility and brittleness.

B: Not just with this collaboration but with many things, when you get involved with something  but do not have a real direction, at that point certain things just happen, and actually the subject matter of the content of your project takes shape as you collaborate with a different artist or find a different platform. I mean at the beginning, I just had ants! Basically, the whole thing inspired itself to become what it is. Now, I’ve realized when I’m involved with such things, at some point the content or structure falls in place on many different levels. You could say these words: brittle, fragility, nerves, weirdness, yes, these all reflect on the pandemic in a way if you want to see it that way. But I wasn’t saying like, oh my god, I’m in a pandemic, how can I illustrate this moment, that would be smart, or this would be cool.

K: Yeah, and this randomness is also present in the sound design, because I used quite a few devices that produce different sounds at random: I call them “FSU” devices, or **** sound up devices. The version that we recorded at the end is just one possible form that it could have taken, just like the movements of the ants.

Yeah going back to the point about aleatoric music, I’m reminded of Stockhausen who had interesting compositions that had random elements to them. So the name “nerve ends”: how did that come about?

B: As it started, I was mainly driven by the aesthetics of the video, and I also was so in love with this grumpy old man porcelain sculpture having these little ants on it. And I thought, what do the ants on him signify, assigning a narrative or emotion. I thought: he’s unnerved, he has weird thoughts, has headaches, and then my first title was basically “Headache” or something of that sort. But that was not what the music of Susanne was about, I mean Susanne’s thing shouldn’t be considered as a headache *laughs*,  we’re dealing with a composition here! Then I thought about nerves, and I think that was kind of like an emotional, mythological, interesting kind of way to see that. I like what you can interpret in that: “nerve ends”; it’s a physiological term, where your nerves end, and there’s certain expressions and wordplay that also arises.

In terms of audiovisual work, have you – Susanne – done this sort of audiovisual collaborations in the past, and how has this time been different, if at all?

K: In recent years I’ve started to make my own videos or visual interpretations of my music for live acts, so for audiovisual live acts, but these are very abstract, mostly color spaces that I tried to create. I’ve made music for some short films or short videos but for a different purpose, so this is kind of a new collaboration for me.

Because it was sort of your own thing with your friend who was like, let’s make something cool together rather than a performance or business thing?

B: I think that’s a cool experience: to let someone take their expertise, their artistic integrity, embrace and let it come into your own work, and how you adjust your own work to make it make sense. It’s really interesting as an artist to react to another artists’ work particularly from different fields.

K: Also, you can take the core idea that already exists, and both fields of art can develop from that core idea. I had an audiovisual project with an artist from Vienna, Thomas Wagensommerer, put together by a curator of a small festival for avant garde music, and I had this piece where I had the conceptual approach of creating music from the recording of a sentence that Sadie Plant once said about noise and the cybernetic system and music. He decided to also start from the same point but create a 3D representation of each character from the same sentence and develop the video part from this using completely different technology.

It’s like remixing except across forms and across media! Did you have any final thoughts you wanted to address?

B: I think it’s really nice that this project would not exist in current form without the element of chance. It was not by intent, it was by chance. Because many times as an artist you work on a program, you have a vision, you have an idea, you work it out. Here, it just fell in place by itself. And as an artist when your own artworks evolve in themselves, there’s a special thing that makes it very authentic and strong and dear. I’m very happy that I could share this project with Susanne to just let it grow, let it be.

K: One other idea because you said remix and that’s really nice too, you could say that the ants remixed “Brittle”! *Laughs*

You gotta put the ants as a collaborator, put them on the credits!