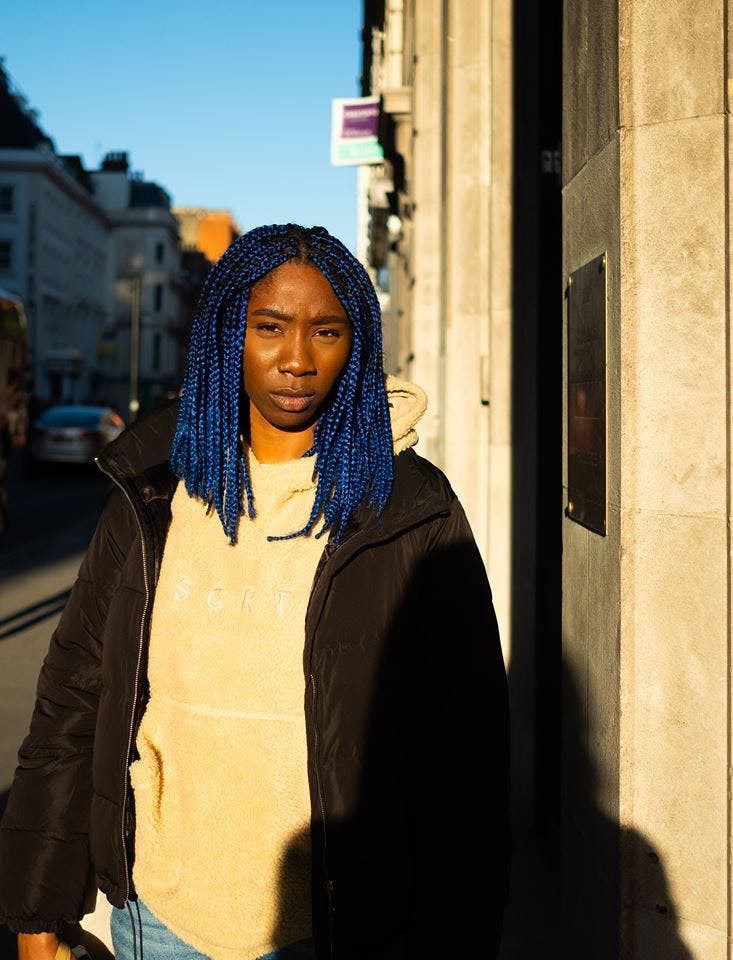 I long to tell stories of the people and communities around me. The interest stemmed from encountering a plethora of scenarios, both in the everyday and in the extraordinary moments of my life. Among every encounter I’ve instinctively want to capture moments and subsequently hold them in time as a reminder of a particular event or emotion held on that particular day.

Photography as a medium is a tool to reflect narratives portrayed by the subject. For me, it is mechanism to visually inform the masses. Recently, I have decided to embark on a road to explore and document not only what I know about myself and my surroundings, but also what I don’t know, and learn more about the communities I’ve grown to love.

However this journey would not have taken full force without the influence of photographers who are already out there sharing their experiences, documenting untold stories and paving the way for a new wave of storytellers. So many female photographers exist that will forever be marked down in history as pioneers – Vivian Maier, Diane Arbus and Annie Leibovitz just to name a few. But the names don’t end there, as increasingly more female visual storytellers are climbing the ranks and sharing their stories, journeys and stirring conversations in the wider public realm.

For International Woman’s Day, I want to share with you 5 contemporary women photographers and visual story tellers who inspire me today as they are all currently embarking on their own journeys, documenting various aspects of social life around the globe. They all deserve their recognition for the work they have produced as a result of their individual experiences, all artists in their own right.

Photograph from “The process of re-learning bodies” – ongoing photoseries. By Yagazie Emezie

Yagazie Emezie is an example of a woman who is unapologetically herself, and a badass at that. Based in Nigeria, she documents and deconstructs Africa through her visual storytelling, killing myths associated with the continent whilst empowering her subjects along the way. Her project “The process of re-learning bodies” started off as a personal project. It explores the way communities influence the way people see themselves through photographing the scars women bear. The depiction of the scars are morbidly captivating, despite how commonplace they are. Yagazie is one of many photographers documenting the continent and forever normalising the black body and eradicating its unnecessary fetishization. Through her photography she provides an alternative gaze – a normalised gaze – of what life in Africa is really like.

Photograph from the “Iraq: Road to Arbaeen” photo series. By Emily Garthwaite

Emily Garthwaite is a photojournalist from the UK, who has recently been covering work on Arba’een – the world’s largest annual pilgrimage in Iraq that attracts over 25 million Shia Muslims worldwide. Her work focuses on opening up the dialogue and telling untold stories underreported by the media. The way she captures humanity is a skill that street photography alone cannot teach you. Her images look like paintings: the way the primary colours add to the overall context of the subject matter and the way she is able to capture emotion in her subjects allows your mind to stir up possible inferences about the subjects. A role model for me, her photojournalistic flair and her love and raw emotion for the communities she documents is what draws me closer to her work, in addition to the work itself.

Holly Marie-Cato is a London based freelance photographer. The way she captures and engages with the streets of London is goals in itself. Whilst today the masses gear towards a Saul Leiter-esque inspired depiction of the city, Holly’s aesthetic is unique, lively, and shows you what really defines London – it’s people, its culture, its lifestyle. Her attraction to photographing spaces that in her own words “have not been touched by the hands of gentrification” inspires awe. The authenticity of the people she photographs, her connection to the subjects and the present-mindedness of her work is what makes me fall in love with the city all over again. In a nutshell: she successfully captures the London that I know.

I came across Liz’s work in an issue of aperture magazine. Her focus on identity and family is illustrated in her untitled photobook, covering 25 years of the African diaspora in different countries, a story unique within the industry. She effortlessly captures the daily lives of those from an African descent, with each image providing a representation of what it means to be an African living in spaces where our visibility only shines where convenient. She makes the simplicity of the everyday a focus, and draws attention to the idea of a unifying common ground within us, despite our dispersion across the globe.

I came across Laura Pannack and her work quite recently on  A Small Voice Podcast, conversations with photographers. She’s a British social documentary photographer who’s relationship with the subject is evident through her portraiture projects. Her artistry is noted in her recent project “Separation” that explores the impact of Brexit on London-based couples who as a result of the referendum, contemplate separation. Additionally, She translates her photography into words. Simple, yet effective – her “image of the week” blog, inspired me to focus on a photo journal of my own.

Female photographers contribute so much to visual journalism and photography, yet are still barely represented in the wider context. For example in 2017 only 13 per cent of front page photos in international newspapers were taken by women, and The World Press Photo Prize has only ever seen 4 women win first prize since the beginning of the annual competition in 1955. But as more work by women photographer’s comes to the surface the more inspired I became, and for that I am grateful.

Mario is a photographer outside of office hours. Her focus is currently on community projects and the effects of regeneration on local communities in London. She’s currently documenting Seven Sister’s Latin Village, through photography and storytelling. Her other work consists of portraiture, street photography and personal reflections of her life in London.