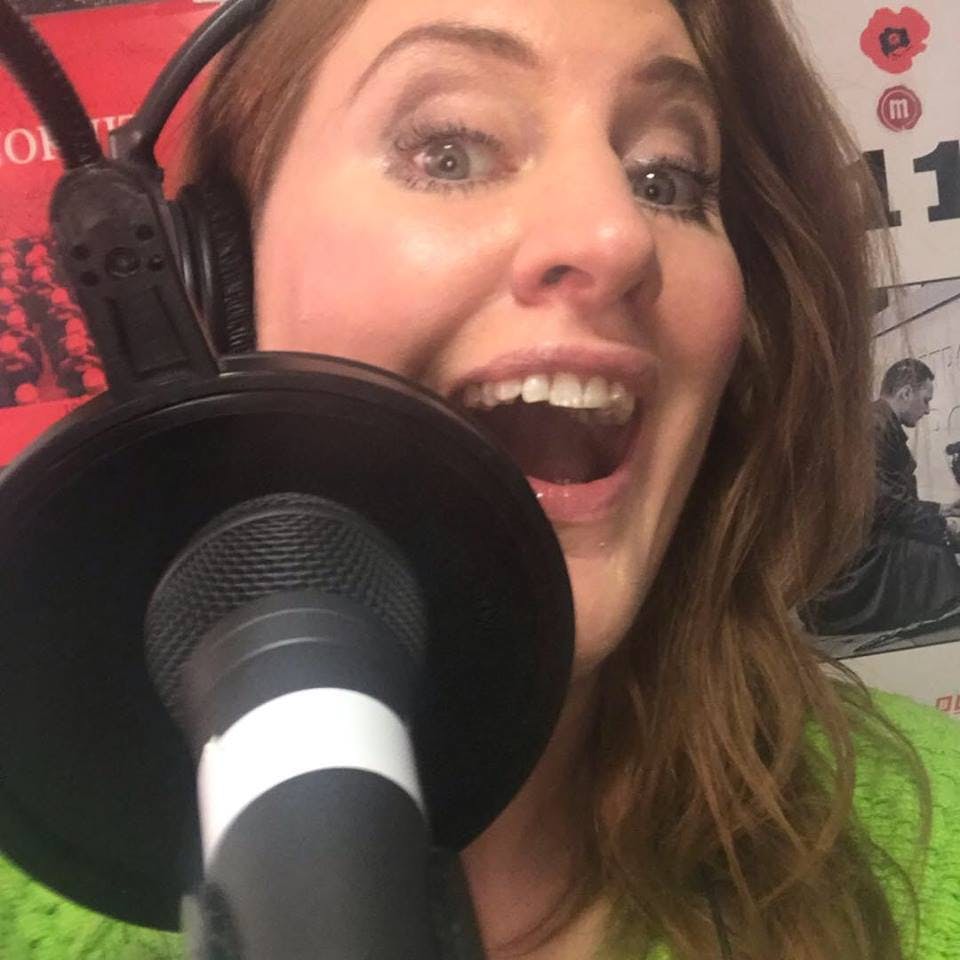 ‘Funny Ha Her’ by Jo Scott (The ConnyJoJo Show)

I’ve had the privilege, as a comedy night promotor and emcee, to meet a plethora of such fearless creatures. And let’s face it, no matter what gender you are, it is utterly terrifying: getting up on to a stage, in front of a mic, under the glare of a ‘nowhere to hide’ spotlight and attempting to make people laugh is, for the majority of people, the stuff of nightmares. And yet, there’s something about it that is alluring.

The odds, oddly, since laughter makes us all feel so much better about life, are stacked against us, because sometimes people who go to comedy nights are hard work. They want you to fail, they want you to not entice a single giggle out of them. If they remain stony-faced then your failing will have made them feel better about not having the bravery you have, up there baring your fragile soul to all and sundry.

Now, I have come across some sour-pusses in my time but generally, it is not women who would prefer to sit with a face like a smacked behind… This is not a rant about how awful men are, I promise (you see, I don’t think men are awful) BUT I have heard many a man say “I just don’t find women funny” and I think, ‘well, a woman somewhere will be thinking about how to deliver a very funny set about how she finds everything you do worthy of derision and mirth’. And yet, this is the world we live in. Is it changing? Yes, but slowly.

It is a very male dominated world, the world of stand-up comedy, and to be honest, comedy in general. So, why do it? Why go to gig at an open mic night where the line-up is mostly male, the emcee is a raging misogynist and his equally delightful chums make up the rest of the non-plus-one audience?

I like to think it’s because, we women couldn’t give a damn that the industry is full to bursting with menfolk. We want to tell our daft stories and see the recognition in the faces of our audience and hear them laugh. Especially that po-faced creation who you then focus all your attention on and short of tickling a chuckle out of them, make it your goddamn mission MAKE THEM LAUGH.

Comedienne Charlie V Martin says, ‘Sometimes, I simply like the act of just doing it. It’s nice to do a thing that no-one has done before and you can say you did. The moments I love are when I do something really silly. I’m talking super dumb. And it works. People laugh and it’s so nice in that space and to be like ‘yeah, this is really stupid but isn’t this really funny? I love watching others have that too. Seeing extremely new ideas and enjoying them live.’

For me it’s the nervous, adrenaline fuelled moment, just before I go on, when I’m thinking ‘ I should change that bit’, it’s the moment where a new ‘bit’ works, when you get of the stage and people shake your hand and say “well done”.

But let’s not forget, they are not overnight successes, they have worked hard and honed their craft so as to command huge audiences.

With everything, it’s about blummin’ hard work. It’s about not giving a flying bollock and going for it.

Am excited for the up and coming talent that is Daphna Baram, Cassie Atkinson, Marny Godden, Helen Duff, Elena Saurel, Sahar Miradi, Chantal Feduchin-Pate, Kat Sadler, Barber & Benson and so many more. The future of female led comedy is bright.

As for myself, it is certainly the case of ‘The Marvellous Mrs WayStill’ (to go).

Jo Scott is a comedian, writer, voice artist and co-host of The ConnyJojo Show on Threads Radio with her husband & partner in comedy; Con Darrall. She has run several comedy nights over the past five years (The King’s Court of Comedy; Comedy by Candlelight; Skin the Cat). Jo is currently working on new material for a sitcom/sketch show and writing a novel for children.