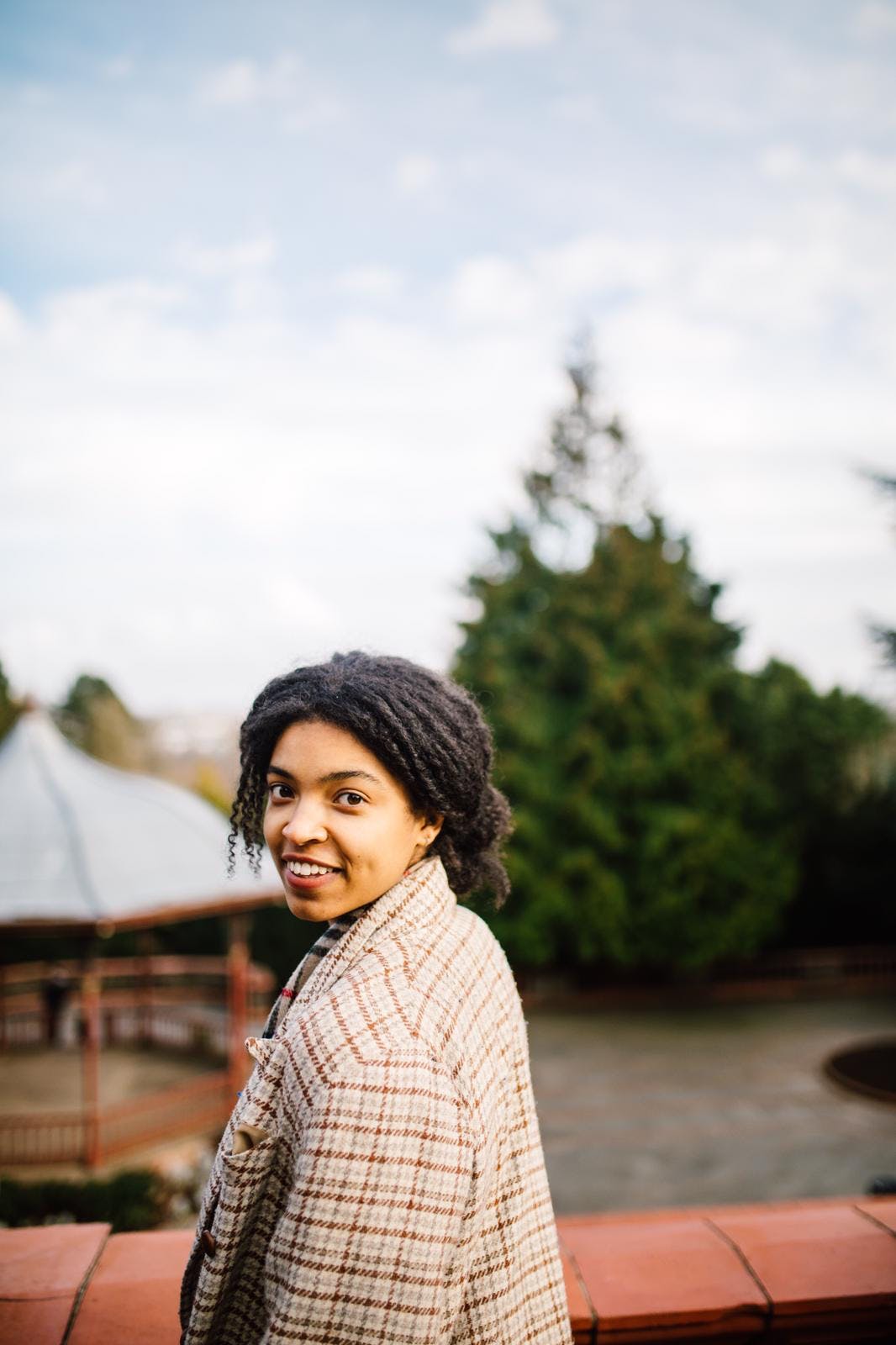 Hannah is a Tottenham based arts practitioner who is masterminding the MX MEN festival at Ugly Duck Space in London on 28-30thJune. She runs ‘We Take Place’, an arts organisation running projects with creatives focusing on challenging social issues. The MX men festival champions ‘positive masculinity’ which came from a frustration about the conversation around gender at the moment. While we are having useful conversations in the public domain however we are not making as much progress as we wish to believe. For example the necessary discussion regarding toxic masculinity; the problems it creates for people, the difficulties that arise in relationships (professional & personal), the mental health crisis that is happening among men as we (I am male) are struggling with fundamental parts of the masculine identity. While #metoo has been incredibly important and useful, it does not give any alternative to the toxic narratives surrounding masculinity. Hannah feels that while you can spend a lot of energy saying to someone ‘you are doing this wrong’ however it doesn’t truly address things as it offers no alternative. That in itself is creating issues as there are men who are otherwise sound of mind are feeling they need to align themselves against feminism, they have become to believe that it is taking something away from them rather than being something they should be engaging with. My personal view is that we should all be (intersectional) feminists but better still use intersectionality as a concept to help us appreciate the nuanced tapestry that is ever in flux in the world around us. At least it could be a good place to start in closing the gap between fear and understanding.

Hannah believes that where we need to be changing the focus is to take a shift away from the victim/perpetrator narrative, remove toxic masculinity/femininity from the discussion and accept that while we hold onto this modality of thought we are perpetuating the toxicity itself. Rather than pointing fingers we need to be holding out hands to each other and realise that we are all in a process of development together. Take the statistics on male suicide which state that three times as many men than women kill themselves every year and this says that there is a problem we are not addressing. The numbers have fluctuated but the ratio of men killing themselves has been relatively uniform over the past thirty years. This also says that we are not making progress in the ways we should be.

Are we challenging the issues we are facing as a society? We are presented with a moment of learning, growth and development. The purpose of the festival is to celebrate positive masculinity and ask that question as to what it is. So I asked the question which Hannah very expertly replied that the question itself is a starting point as it leads to other questions. As it is in opposition to toxic masculinity Hannah considers the question ‘what is masculinity’ and ‘what is femininity’ and do we need them? Ideally down the road no but we need to address masculinity in the same way we have addressed femininity. For example some of Hannah’s peers are learning gender studies yet masculinity is left out. Why is it that women continue to remain under the microscope rather when it comes to the masculinity there is nothing. What worries me (as an ex University lecturer) is that at an academic level, gender studies is clearly still entrenched in institutional misogyny.

Inspired actions can move mountains or at least plant the seed for lasting, meaningful and progressive change. The MX (pronounced ‘mex’) Men festival comes from something in Hannah’s own personal experience that Hannah felt was a great allegory as to why this festival needs to happen. When Hannah was sixteen she started going by ‘Ms’ rather than Miss to avoid the connotations of being a woman who was attached to a man whether it was her father or a significant other. Ms was a step away from that but it still carries baggage related to gender and that of being a divorcee. So when Hannah found out about Mx, it took the place of Ms because it doesn’t relate to gender. However that does not fulfil its function as predominantly women and those who identify as queer tend to use it. What Hannah wanted/needed for personal progression to move beyond the boundaries of association that Mx Men is needed so that everyone can be part of this movement from our traditional space that draws focus on binaries and the traditional binaries of relationship. That does not mean that the festival calls on those to change their honorific or anything about themselves other than getting truly involved in the conversation about gender. It is something that is tragically causing loss of life, men are dying because of society overlooking issues that men are facing. Part of the question here is how do the next generation avoid falling victim to the same problems we are facing now.

We are yet to open up masculinity to the rest of gender identity and still we regard a woman who exhibits masculine as possessing some kind of fault or it being an undesirable quality. For example Hannah expressed that she used to really enjoy arm wrestling people, purely the fun of it. This was something Hannah did throughout her childhood and formative years until she  went to university. She wanted to know how strong she was in comparison to the rest of her school class which is fine when a child. Then due to the nature of puberty Hannah was stronger than most of the boys at secondary school but then once they caught up it was no longer ok for her to be stronger. Then when at university, in her first year Hannah challenged a male friend to an arm wrestle and after he was beaten, he was clearly broken down in some manner. The simple act of being beaten in an arm wrestle by a woman threw his masculine identity into question to the point where he was dead set on a rematch. During the process Hannah realised that she had to lose to him to preserve his sense of masculinity. This did not escape the attention of another friend who was curious as to why did Hannah do that. It was an upsetting incident not because the first friend had wrapped up his idea of masculinity in being stronger than women but the fact that Hannah was no longer allowed to take pride in her own strength lest it cause problems for other people’s masculinity. When I heard the story it made me pretty sad because I did a lot of things that could be considered feminine when growing up. I was not interested in casual sex and somehow that meant (to some women in my peer group) I was gay. Not that there is anything wrong with being gay however I resented the people who felt their femininity was in question because I did not want to casually go home with them. I didn’t always get it right but then society pressurises us to act in certain ways yet how can we say it is a societal problem when we ARE society ourselves! We must take positive and direct action against toxic expectations.

On reflection the automatically driven masculinity affirming behaviour is something I have encountered time and again on my journey through this life: men will not yield to the idea that masculinity is changing. What was once the norm is in fact the perpetuation of a myth that only served to create division and repress women since time began as they truly are the stronger sex if we were to go there. I mean would guys be able to go through menstruation every month? No. Would they be able to give birth? No. Would they be able to stand the constant scrutiny of every action, thought, comment, item of clothing, motivation, career choice or anything that doesn’t involve asking the permission of another? No. So I believe too that Mx Men is needed to save us from a crisis and men taking refuge in marginalised groups that carry out violent acts against innocent people because they feel they are being left behind or that the world is something that is too liberal for them.

In my own contribution to MX Men ‘Circle’ we are striving to share stories, ideas and ‘things’ that men may feel they are unable to share or do due to our perceived wall of silence when it comes to our own inner lives.

Let’s get one thing straight, no one owes anyone a thing so what is important to remember here is that with initiatives such as MX Men setting out to foster positive example and inclusive activities that people are not in danger of being left behind if they can reach out in the right ways. It’s ok to self-analyse, ask the deep probing questions, recognise when we may have done wrong or done something because we believe it to be ‘manly’ after someone says the opposite if we do not do the thing.