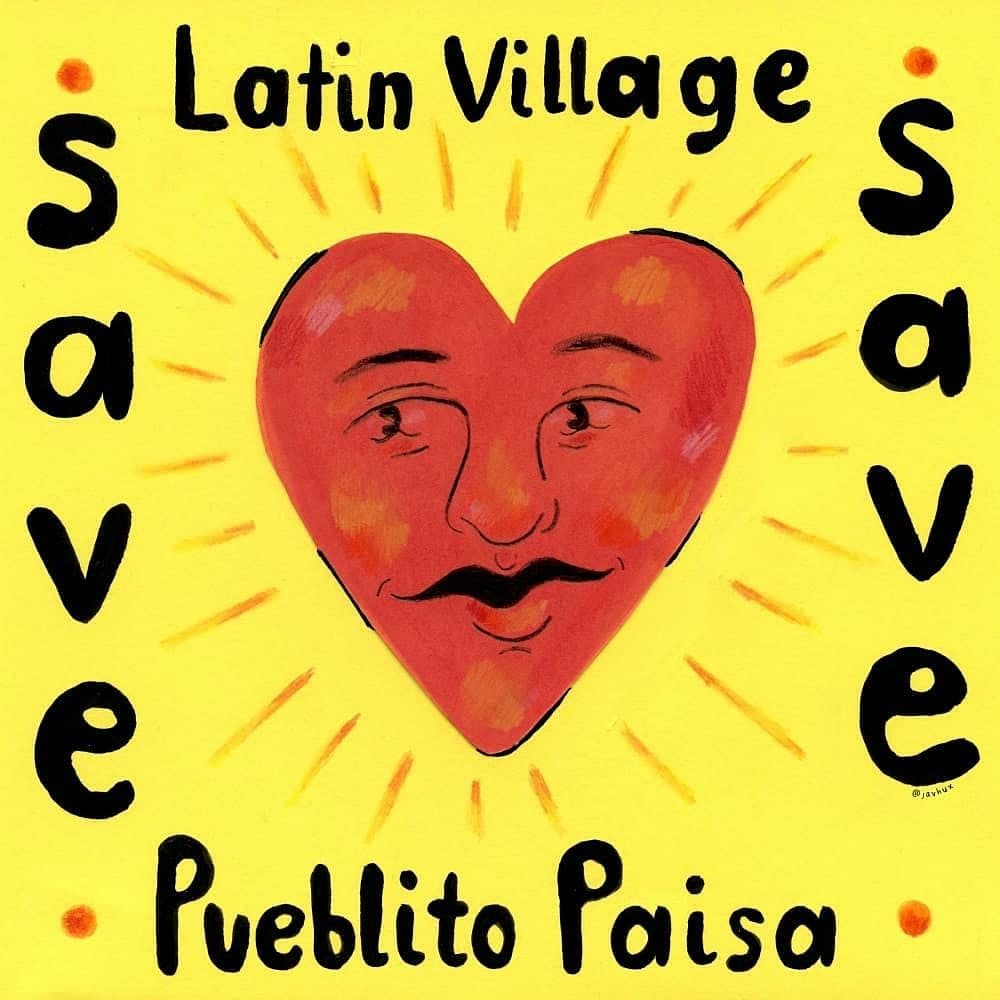 Social Cleansing & The Community Fights Back – Is David becoming Goliath?

Earlier this year we had the privilege of being part of the ‘Save Latin Village’ campaign raising funds for their legal fees and promoting awareness of the plight facing not only the Latinx but ethnic minority communities in the UK. You can read up on that here. However, we caught up with Javie Huxley, a key player in the campaign to see where things are now.

The campaign to save the Latin Village: Pueblito Paisa has been gaining pace, gathering strength and increasing its impact since we last engaged professionally on the matter in April 2019. We are on the cusp of their High Court appeal ( 8th & 10th October), the proposed community development plan has been approved (although this does not mean it has been actioned) and we are seeing both Grainger PLC (the developer) and Quarterbridge MAM (market overseers) resorting to dirty tactics. This means that traction is happening, things are moving and there just might be a chance of this David VS Goliath fight going in an unexpected direction.

We must take a position at times, a personal aphorism is ‘if we stand for nothing, we will fall for anything’, which is difficult in our current divisively driven times. If we are not careful, we may find ourselves on the wrong side of an argument for suggesting that people may be losing the ability to make up their own minds on an issue. Valid compassionate suggestions lost in a hail of virtue signalling and self-oppressing outrage.

Where are we now?

The Save Latin Village Campaign was represented during the closing ceremony of ‘The World Transformed’ offering significant exposure to the cause. The session itself was hosted by the Latin Village was positive, many identified with the cause. It was noted by on attendant regarding the speed of Grainger’s responses on social media to any Twitter comments calling them out. Almost as if they have tasked their PR team with damage control specifically for this issue!

One consideration noted was that the audience was predominantly “white middle class” (as are much of the protest movements in the UK at present) and Javie pointed out that in with this demographic, there is a trend to soften language so people can sleep a little easier with themselves. For example, there is a problem with using the word ‘Racism’ when really, all of this has Racism at it’s heart. The masses like to pretend that the world is a vastly improved, civilised place, however in regard to what is happening to the community. Why am I mentioning this? Well with the well-intentioned view to see ‘beyond race’ it ignores and glosses over the issues caused by racially prejudiced behaviours at a systemic level. It gets in the way of people being true allies to those from different backgrounds. In the case of the Latin Village, Javie rightly pointed out that “This is not regeneration; it is social cleansing. We need to start calling it what it is rather than using these euphemisms. A 28% rent increase is social cleansing, it will push minorities out of the area. It was targeted towards traders who were vocal about the campaign.” The rent increases were issued with less than a week’s notice (conspicuously close to when the Wards Corner Community plan was announced) and if we read between the lines, what could it boil down to?

Not racially charged behaviour, none of these nannying terms to help the fragile state of being of the privileged. Pure, old fashioned hating on those from a different background standing in the way of business lining their pockets further. What’s dangerous now is it’s being encouraged from the top then we will see it filter down into the actions of everyday people. The ripple effect in full flow is an insipid thing in a society that has come to fetishize suffering. We are better than this. We are better than allowing the bullying corporations to steamroll and displace communities because of prime locations and investment that does not benefit the communities concerned. While a lot of us in Seven Sisters may rush past the Latin Village/Wards Corner Market on our way to the tube, for many years this has been the hub for many people, some of whom it is their first port of call when arriving in the UK.

The issue here, while well-meaning is that there is a trend (by some) to not acknowledge race. The belief is that we have evolved beyond race and racial considerations, this sadly is not the case but also we should celebrate our differences. While many of white origin (we have no say in our skin colour although I personally am a “funny tinge” – thanks Angela Smith) choose to ignore race see also the fascinating book ‘Brit(ish)’ by Afua Hirsch, it only compounds the problem. It bypasses systemic oppression and unfortunately misguidedly perpetuates privilege. We may not all be the same on the outside, but we must adopt the policy of being allies, learning more, sharing understanding and building better support networks around the communities.

It was at this point Javie showed me two videos, one of the representatives from Quarterbridge harassing and a trader/campaigner. Then another of someone associated with the organisation systematically ripping down posters & bulletins (written in Spanish) updating the traders with progress regarding both the community plan and wider campaign. This has been compounded by the market leaseholder (awarded by TfL) allowing the premises to fall into disrepair with exposed wiring and increasing fire risk. Allowing life to be endangered due to the ideological approach of where there is severe money to be made, all other concerns are secondary. It was troubling to see further systemic oppression playing out in this arena when all the campaigners are trying to do is propose a logical, inclusive and holistic plan for the future of the market. Quarterbridge have also been planting agitators at protests who have attempted to intimidate Latin American protestors (which have been reported to the police as a hate crime). It says a lot when seemingly professional organisations are resorting to intimidating people who are standing up for their community’s right to exist.

As stated before the nature of this is another David vs Goliath story, the community needs to raise a further £2000, you can donate here. What we need to understand is this isn’t just about the Latinx community as the market is home to traders from the Iranian, Ugandan, Ghanaian, Nigerian, Romanian and Portuguese communities. Grainger PLC are one of the biggest developers in the UK, their proposal is to build 196 (un)affordable homes and a shopping centre on public sector TfL land. The local council (a Corbynite council) is in a difficult position, while they can revoke the CPO due to the amount of land Grainger has already purchased, they will be liable to pay heavy penalties. However Mirca Morera from the campaign states that the ‘section 106’ agreement has been breached by the developer and provides an exit strategy for the council (without paying the pentalites) proving that the developer is “not fit for purpose”. The feeling among the campaigners is that the council is dragging its heels when there are clear routes to exit the agreement.

While they did not personally conduct the deal, they are honouring it’s terms with Council leader (and prominent Momentum figure) Joe Ejifor stating:  “I want to be really clear about what is proposed at Wards Corner – this is not a plan to remove the market from Seven Sisters. It is a plan to temporarily move the market to a site over the road, in order to build a sustainable new long-term market, deliver new homes and business space. When the market moves back to the site, returning traders have a clear list of commitments, including reduced rent and the guarantee of equivalent space made by Grainger.” However rents are already increasing ahead of the development and due to increase again during the temporary market phase. It is easy to see why faith in the council from the Latin community is at an all-time low.

We know this is far from the truth based on testimony from traders and the driving force behind the community plan itself is that there is no guaranteed reduction in rent (beyond three months), there will be no affordable homes and we will see another community displaced by big business thus removing an integral part of Seven Sisters’ diverse landscape. Worryingly if we take the case of Latin Elephant (Latin American quarter in Elephant & Castle), forty traders were left out of the relocation plans when it came to pass. The faith in government both local and national is at an all-time low, especially concerning following the UN intervention and communications

This is not a cause without hope as the campaign readies itself to take to the courts they are planning a protest to coincide with the appeal, awareness has been growing exponentially, community spirit is high. While we watch with interest, we must also consider what we can do to further strengthen the relationships within our communities as we live under the microscope of divide and conquer.

To read more about the cause check out some of these links below:

The end of London’s Latin quarter?

Letter from the UN