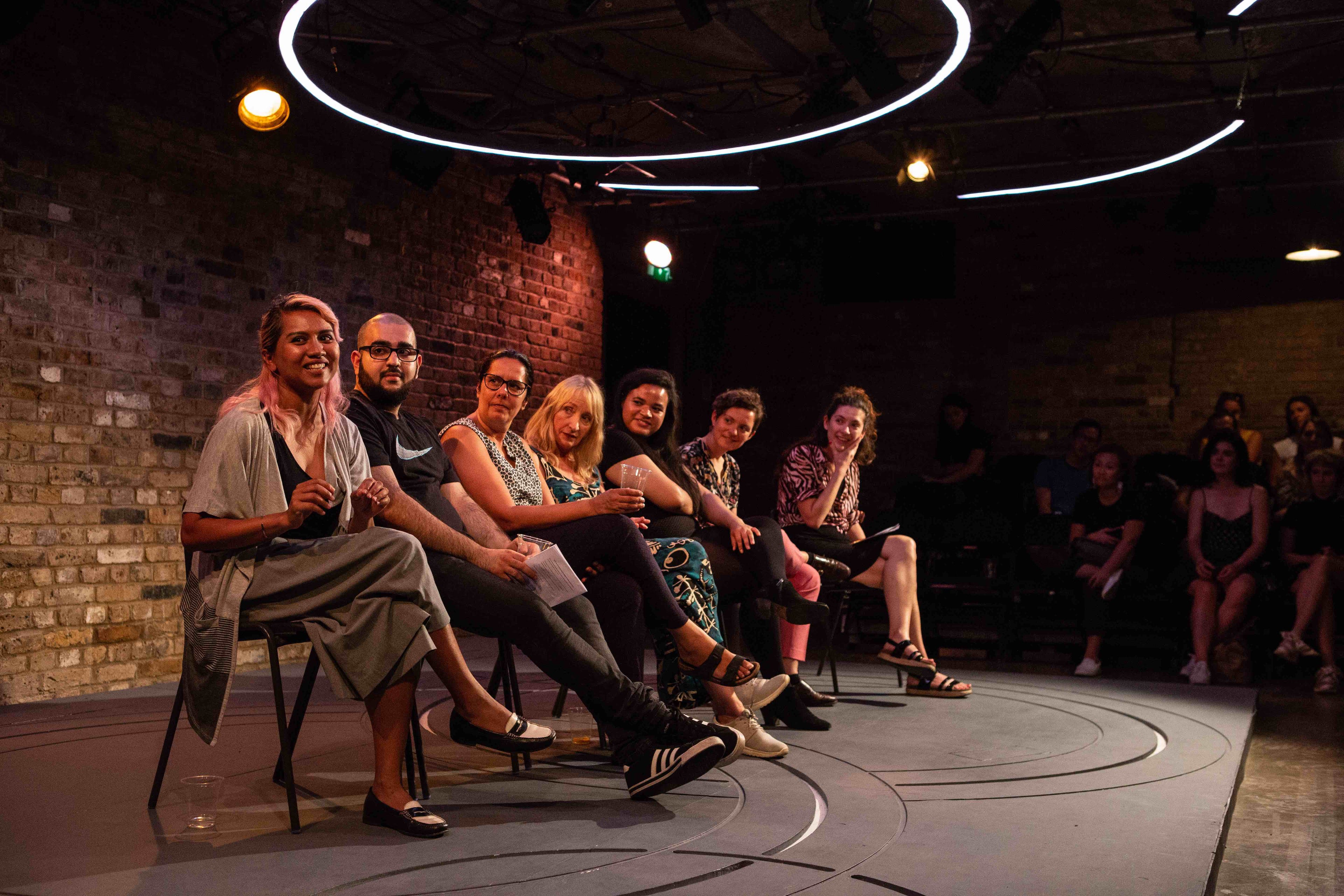 (IWD 2019) In Conversation with: Lora Krasteva

In Conversation with: Lora Krasteva

Lora recently appeared on new Threads Women focused culture show ‘Tell me about it’ for which I was taking photos and took the opportunity to sit down with Lora for a quick discussion as part of Threads wider International Women’s Day (week) programme. Lora was an invited guest as her show ‘Global Arab Female Voices’ plays at Richmix this Saturday (9thMarch). You can buy tickets here  Lora has been working heavily over the past few years showcasing women’s voices on stage with the project ‘Global Voices Theatre’. “This has highlighted that there is a lot going on now regarding female voices especially with the awareness created by the #metoo movement and its ripple effect. However the women working, writing, directing, creating have always been there so what I am trying to do now is link up with people who have been working on their craft outside of the UK and open up a route for these voices to be showcased on UK stages.”

It is interesting as even in our seemingly diverse landscape there are still issues regarding representation when we take into account race, ethnicity, culture and other factors. Really this highlights further need for an intersectionalist stance when analysing representation in theatre, as Lora said “The project is not necessarily strictly limited to women’s voices but in general those under represented playwrights and creatives. That is queer voices, we are doing an Arab female voice event, indigenous voices of people from first nations. It has allowed us to explore a broader sense of identity and diversity. It shows how important it is to make space and a direct quote I’d use is ‘take space to give space’. The thing about International Women’s day is that in my home of Bulgaria, it’s not called that, it’s called Women’s day. It’s very strong and people congratulate themselves and celebrate the women in their lives. It’s very embedded in the culture, I don’t know how important it is for me but people struggle with their identity because of their gender and sex every day of the year. It is a beautiful moment to galvanise people but let us not forget that this has been going on forever for fifty one percent of the population.”

As our discussion progressed Lora expressed that it was difficult because there was this internal sense of being torn as is an ongoing thing rather than something confined to one day. Equally in a desire to understand more and with equality as my focus it would risky to go forward with the idea that we are all the same without question because that is privilege. That is a noble idea and an idealised outcome for what should be the status quo in society for the future however Lora rightly pointed out that throughout history (n women have been in the shadow of men, the patriarchy and it is important to “be very vocal and visible until we are able to reach that point where we can have the conversation about a post-gender world. It is easier to want to achieve that when you have been part of that, however when you have been overlooked, in the shadow or even received violence because of who you are, you would want to shout out. Firstly hypervisibility then after (comes discussion).”

Our discussion moved on drawing the parallels between the discussion of expression of gender and race. “There are a lot of scholars who would express the desire for a post-racial world which is again easy for someone to say when they are white.” Which I agree with as a mixed race person trying to understand where we all fit in this world. There is an idea regarding visibility that means we can recognise each other for our differences and celebrate who we are but instead of trying to force a blanket idea that we are the same, we could try to strive for harmony instead. Allowing each cultural identity to resonate for itself and together there is a unity whilst retaining a sense of individuality. I think this is an interesting idea and something that might be easier for people of all backgrounds to get behind, especially now as we seem to be staring down the barrel of a collective identity crisis and the return of tribal behaviour. If we can strive for harmony, acceptance and visibility over all else, then we may be able to begin to forge a new road for humanity as a whole.