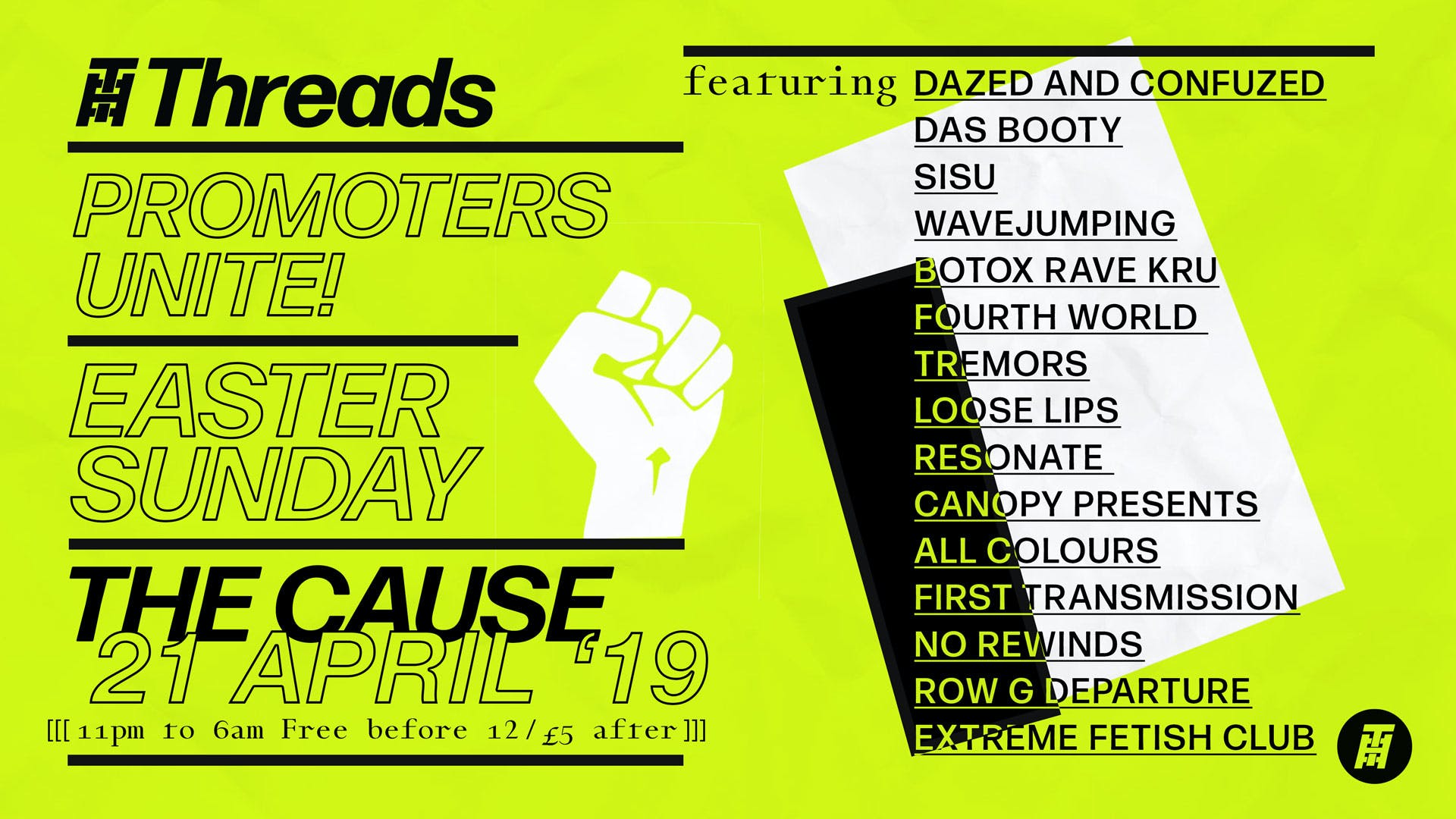 At the amazing club that sits below the Threads Radio HQ, 15 promoters who host shows on the station team up to celebrate the resurrection of Jesus with a 3-room, sweaty, hedonistic and community-driven rave.

Fourth World – Holding shit down between London & Brighton, Fourth World’s residents are as comfortable blending disco as they are chopping electro. Catch them bringing a meaner and darker side of their musical arsenal this Easter Sunday.

row g departure – XXL feelings and positive energy. If you don’t want to dance, go outside!

No Rewinds – No Rewinds bring their signature blend of wonky techno groovers, blissed out garage, and deep-dug euphoria; with the occasional illicit wheel up thrown in for good measure.

BoTox Rave Kru – Somehow these two managed to sneak on to the line up in spite of the fact they are not actually promotors, we let them in because they’d get in even if we didn’t- expect high brow donk and bangers from the golden era of music that used to be popular but isn’t any more but might be soon.

All Colours Music – All Colours is a multi-genre platform focusing on the breaksy / 2-steppy side of UKG, 140 jungle and more.

Link to the Facebook event can be found here