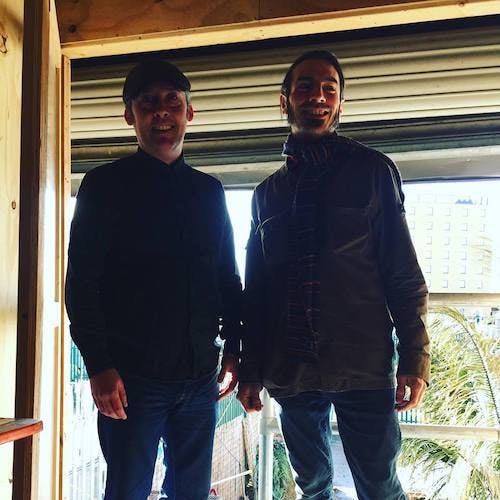 How do you remember your past? What stories or events stick out in your memory? For many it will be Brit-Pop and World Cup near misses. For others it will be raves around the M25, fights outside a chip shop and terrible fashion decisions. Your memory of your time here on earth will be a mix of these personal experiences and big world events and they shape how you view the world and what’s possible within it. I can already hear you saying, “this is stating the obvious Daniel, what’s the point?” The point, is, that’s what our new show is about.

There are some strange tales out there and they can often put a different spin on our historic perspective. These are the stories that Brain Rub are going to introduce you to. For example, we live in a world where terrorism is an all pervasive fear and it affects our public policy but the number of bombings carried out in the West are considerably fewer than in the 1970’s. Between 1969 and 1971 in the USA there were approximately 4,200 domestic bombings, that’s about four a day, which makes our modern terrorist look like a Sunday five-a-side pub football team in comparison. There were groups in the UK who had similar ideas but (in typical British style) their efforts were pinched and underwhelming. They had one gun between them and the most damage they caused was through a complete disregard for personal hygiene. They were called ‘The Angry Brigade,’…exactly. Imagine a collection of geography teachers who are a bit upset, shaking a copy of Marx’s ‘Capital’ and you have the picture.

In the late 1960’s and 70’s thousands of young people in America went ‘Underground’ (ex-students, activists and artists) who openly declared war on the USA and committed themselves to a life that included everything from armed violent action to artistic terrorism, finding a new spiritual path in life or joining cults. Many of these people went on to shape our modern world, some for the better and some for the worse. A lot of them just got stoned and were late for everything.

We (being myself, Daniel John, and co-host Neil Ottonaro) will take you to the world of artistic terrorists committing executions in public with blank firing pistols and apocalyptic scientists with frightening lessons to be learned from confined mouse universes. Tales of musicians that had a lot more influence than the headline acts of the 60’s like the Rolling Stones or the Beatles and some of the borderline sadistic ways in which they created their work. I nearly forgot, the whole show will be accompanied by music.

One the reasons I have been so interested in these lesser known parts of our history is that it helps us to understand how stories can be used to market products and ideas. To present the desirable versus the undesirable, the normal versus the abnormal. Every culture in every country is packed to the gills with stories and narratives but one of the main changes in modern times is the way this part of our psyche has been mobilised to sell us things in ways overt, covert and at times, insidious. This is a very Western idiosyncrasy. I think this is why people who go to countries like India or Thailand for the first time have such a profound and sometimes spiritual experience; the absence of the 24/7 narrative bombardment is striking but ironically unnoticeable until you think about it. We rarely notice something ‘not being there’ anymore when it’s as pervasive as advertising.

There is a popular idea that modern consumerism was foisted onto the public due to the greed of companies. But, actually, it’s the other way around. Modern companies noticed that there was a desire for products to enable lifestyles in the 50’s, 60’s and 70’s and they just gave us what we asked for. At least, that’s how it started. Also, the famous virtuosity that was Frank Zappa firmly believed that it was old cigar smoking white men in their 40’s that enabled the music of the 1960’s to flourish and the rise of the hip-youngsters in the record business that actually ruined it.

This is just an overview of what we hope to bring you with Brain Rub; A gay romp through our world as seen from the perspective of a un-reconstructed hippy (Neil Ottonaro) and a pound-shop, despotic mouthpiece (Me, Daniel John).

Daniel John is a musician and comedian from the countryside in Essex. Between trawling through books and videos about strange things you never knew happened and performing the odd stand-up gig he spends the rest of his time delivering flowers and losing his sanity about the state of modern architecture. Neil Ottonaro is a long time friend and musician. Together they present Brain Rub, a gay romp through the lesser known stories of our recent past